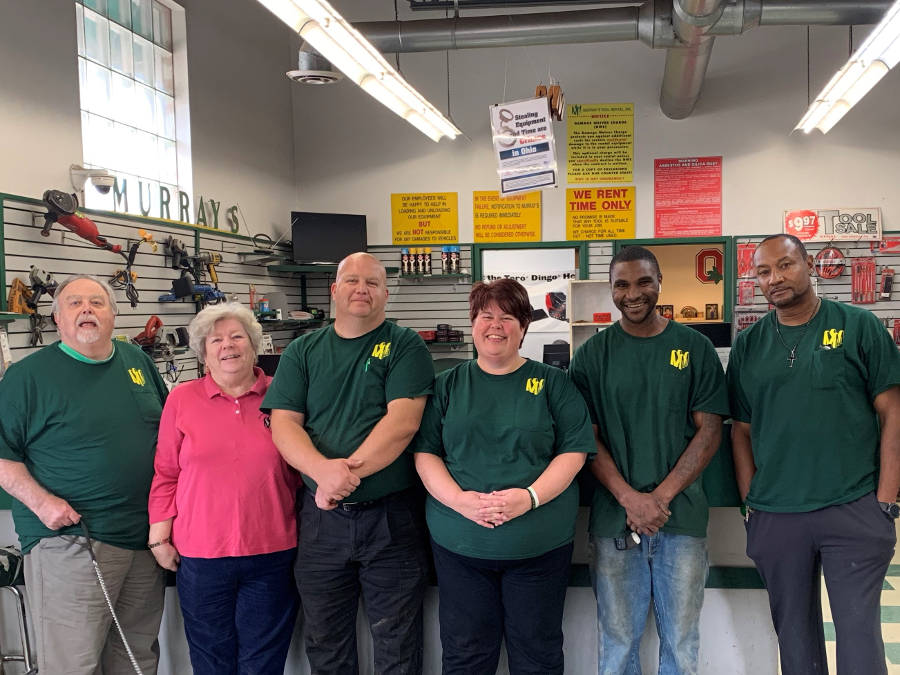 It seems like we’ve been here forever. Well, since 1937, anyway. That was the year that Harry Murray, Sr. opened a Sunoco station on this corner of Main St. and James Rd.

Harry’s sons, Harry, Jr. and Paul took over and ran the station together until the late 40s. At that point, Harry, Jr. bought out his brother’s interest in the business and began expansion. Harry, Jr. began fabricating and renting moving trailers. By the mid-1950s, he was a full-fledged member of the American Rental Association, offering a modest line of tools and equipment to people just like yourself.

In 1979, Harry, Jr. handed the keys to his daughter Patsy and son-in-law Terry Moore. Their son, Andy, joined the business after high school, and their daughter Wendy came on board to handle operational duties. And now some 5th generation Murrays are putting in their time.

Murray's has been very fortunate to have outstanding employees. Elijah Pickens and Raymond Thompson have been with the company for more than 6 years and have been a huge asset. Robert Luther was the head mechanic for over 35 years. Unfortunately, he lost his battle with cancer in August 2018.